Hit enter to search or ESC to close
BlogsNewsletterOur People

NZ Arb Volunteer of the Year By the end of this year, Chelsea Robertson will have spent $1950 of her own money on flights, given up numerous weekends and used up 19 of her annual leave days to volunteer at various arb-related events around the country and in Australia. To her, this personal expense is no big deal: she’s purely giving back to the sport and industry that she’s so passionate about, doing what she can so that other young arborists can experience what she did, four years ago.

In 2015, as a young Otago Polytechnic student, Chelsea Robertson found herself entering her first tree-climbing competition. She was immediately hooked – not just by the sport, but by the community of people she met at each event. She’d found her people – a like-minded group of people just as passionate about trees and nature as she was.

In early 2017, Chelsea competed in her last tree-climbing event but instead of leaving the sport she started her volunteering, putting her hand up to volunteer at the next event, the nationals in Tauranga. It was to be the first of many; by the end of this year, Chelsea will have volunteered her time and skills at 11 tree-climbing competitions and 3 Arb conferences.

When asked why she does it, she says it’s about making sure the next generation gets the same opportunity she did.

“The competitions gave me so much as a young arborist. It was a real turning point in my life to have so much support from everyone and I want the students coming up to have that same support I did. The climbing competitions are so valuable for polytech students – it’s amazing for first-year students to be able to mix with world-class industry leaders, sharing knowledge. If we don’t give the students that opportunity, they’ll miss out and that’s not fair so I’m more than happy to donate my time to do my part in keeping them going,” she says.

“Doing those first competitions was like finding my lifelong passion. The community of people I’ve met are like extended family and, like with family, you roll up your sleeves and get stuck in to help where you can,” she says.

As well as travelling around the country to lend a hand, Chelsea has also travelled to help at climbing competitions in Canberra, a trek that involves a plane ride to Sydney and then a train ride to Canberra (all personally funded).

Chelsea’s volunteer work isn’t confined to just climbing competitions – she is committed to building awareness about arboriculture and willingly puts her hand up at any chance to bring awareness to the arb industry and to inspire others to look at it as a viable career.

Twice she’s attended the Manurewa High School careers day, eager to spark an interest in arboriculture with teenagers. She even went the extra mile and took personal kit from home – tools, carabiners, rope, books – in an attempt to capture their attention and start a conversation.

Chelsea has used her education background (she’s a trained teacher) to add expertise to discussions around potential educational packages NZ Arb can roll out to primary and intermediate schools to get the youth thinking about arb early on, including sharing the benefits of trees and what they do for our environment.

Twice, Chelsea has put her hand up for the ‘Ask an Arborist’ tent at the Field Days in Hamilton.

Chelsea is always happy to volunteer her time and expertise to help up-and-comers in the arb industry, answering plant questions, helping with plant ID and, just recently, helping an apprentice learn botanic names by testing him while they drove around for work.

Last year, she used her own money to buy a book as a gift for the MIT Student of the Year winner to say congratulations and welcome them to the industry. This year, she plans to do the same for Otago Polytechnic and MIT.

The arboriculture industry is lucky to have someone as passionate about the industry as Chelsea Robertson, and as willing to volunteer her time, knowledge and energy to further our industry. In our opinion, she is deserving of the 2019 Volunteer of the Year title.

Chelsea is scoper for Treescape®, working on the Auckland City Council contract. This customer-facing role sees her dealing with members of the public all day long, answering questions and delivery a customer service. She relishes the opportunity this role gives her to share her knowledge, expertise and passion to educate – and occasionally bust myths – others. Her volunteer work extends beyond the arb industry – Chelsea also offers her time to the annual SPCA appeal, donates blood and has participated in mid-winter swims for cancer research. 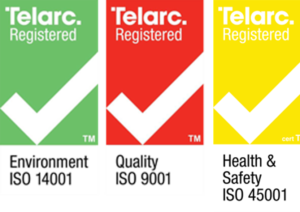 Under Alert Levels 2 and 3 Treescape is working SAFELY and fully operational within all the regions with COVID-19 restrictions. We are open for business for all work across all area. To know more, view our guidelines and information about our health & safety measures